The City of Como

​Como, the namesake of the lake, is a lakefront town of ancient monuments, a charming old town center and picturesque views.

A walking tour through Como city center is culturally enriching.
Among the most beautiful monuments of Como is the main square, Piazza del Duomo, and the cathedral dedicated to Santa Maria Assunta. Begun in 1396, the Cathedral was completed in 1740. Marble was quarried from the northern region of the lake to build this great memorial.  The variety of decorative motifs act as an art history lesson bringing us through different periods of development.
​
Also located in the city is the Tempio Voltiano, the Volta temple, a neoclassical shrine built on the lakefront celebrating the work and life of the great physicist Alessandro Volta, inventor of the battery. Inside is a dedicated museum with personal heirlooms and instruments belonging to the scientist.

​Another way to see Como is from above. Inaugurated in 1894 and still in operation today, the Como-Brunate one rail, funicular connects lower Como to the upper village of Brunate, where visitors enjoy a panoramic view of the city and the lake. Brunate is known for its eclectic Art Nouveau and Liberty style architecture. 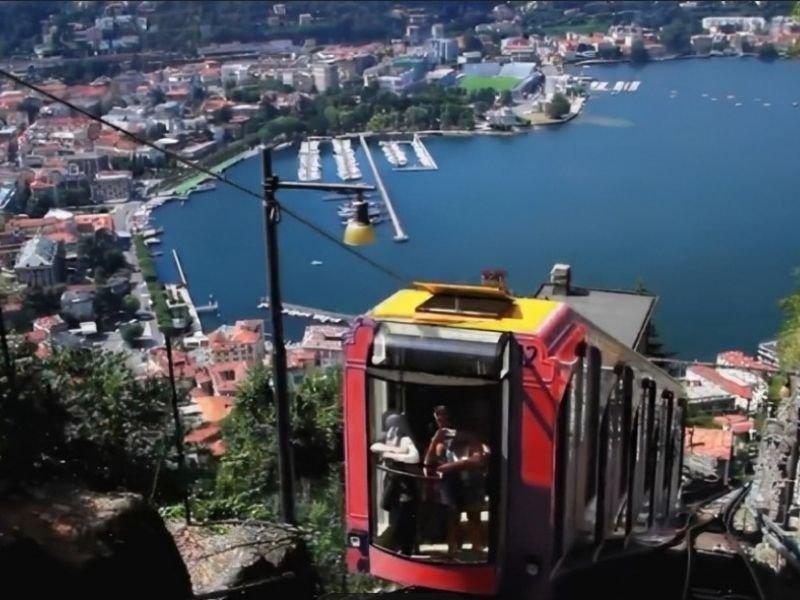 The City of Lecco

Lecco lies on the eastern branch of Lake Como and is set at the base of the Alps surrounded by a beautiful backdrop of nature.  Its fame is inevitably associated with Alessandro Manzoni, 19th century author, who drew inspiration from the city and surrounding area for the events of his historical novel “I Promessi Sposi”, The Betrothed. While in Lecco, a visit to the top of the Campanile di San Nicolo bell tower, is a must. The bell tower reaches 96 meters high and has 400 steps to climb to the top offering a birdseye view of the city and lake. You will also want to try fresh-water fish caught daily  by the fishermen of Pescarenico, the old-town fishing village.

​​Bellagio, also known as the “pearl of the lake”, is a charming town known for its enchanting position and romantic old-town. Bellagio stands on the tip of the promontory that divides the lake into the two branches of Como and Lecco. Pastel colored houses and picturesque alleys with stone stairways offer picture perfect scenes.  Between the eighteenth and nineteenth centuries, wealthy nobles built luxurious villas, many of which are now museums with gardens that can be visited. 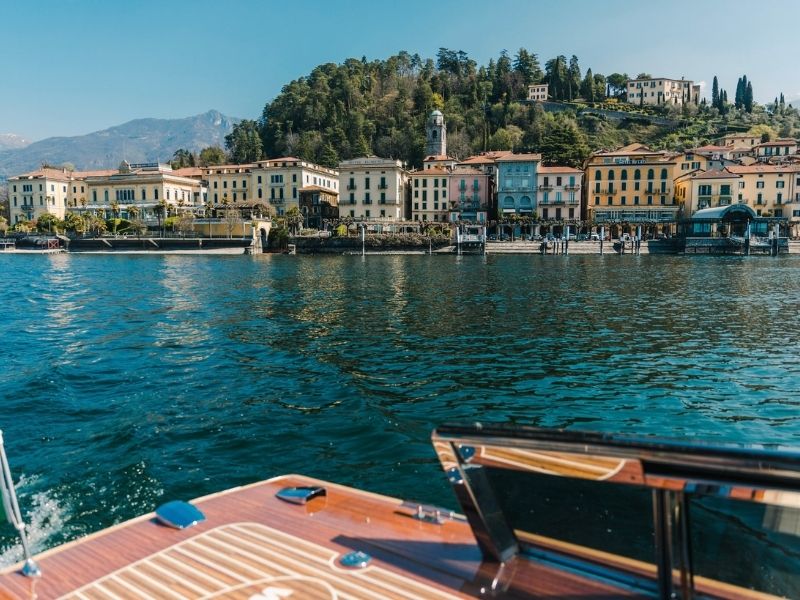 Villa Carlotta is located in Tremezzo, in the province of Como, overlooking the lake just in front of Bellagio. The view from the villa and its garden is truly spectacular; it is no surprise that many marriages (and proposals) are celebrated here on the terrace overlooking the lake. Villa Carlotta welcomes visitors with its magnificent botanical park and its rooms full of artwork and masterpieces.

Villa del Balbianello is located on top of a terraced garden and overlooks Lake Como from the promontory of Lenno in Tremezzina. It was built towards the end of the XVIII century on the relics of a Franciscan convent. In addition to the magnificent garden, the Villa and the annexed buildings are home to a rich artistic and historical heritage. Villa del Balbianello is one of the stops on the Central Lake Boat Tour.

The unassuming, residential town of Dongo is most known as the place where Mussolini was arrested at the end of WWII. In remembrance of this turbulent time in Italian history and to document these events, a museum has been set up in the municipal building, Palazzo Manzi.
Not far from Dongo, is the church of Santa Maria del Tiglio, built in the XII century where the ancient baptistry holds a mystical secret. In the same region, grape vines of local wineries climb up the hillside.
Private tours of Dongo and the surrounding area are available upon request. 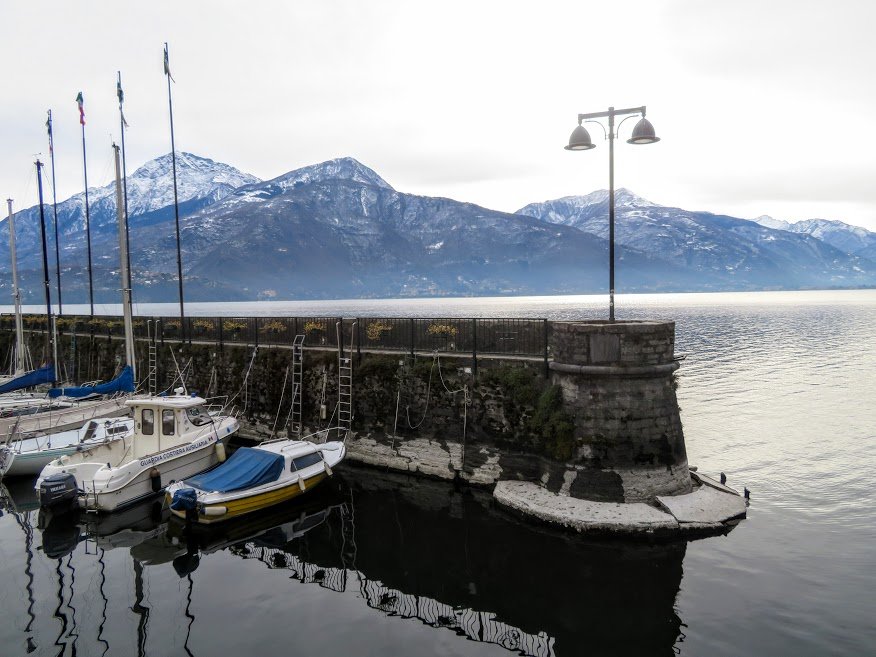 The only island of Lake Como, Comacina Island is a small green jewel surrounded by the crystalline waters of the lake. A place where history, nature and art intertwine.
Once a fortified citadel (first Roman then Byzantine), among the “treasures” of the isle are the ruins of Sant’Eufemia, a grandiose Romanesque church. There are also the Three Houses for Artists built while entrusted to the Milan Brera Art Academy between 1936-1940 designed with the intention of hosting internationally renowned artists in search of inspiration. The Sagra di San Giovanni (St. John the Baptist Festival) is celebrated around the island the last weekend of June with a spectacular fireworks festival set to music. 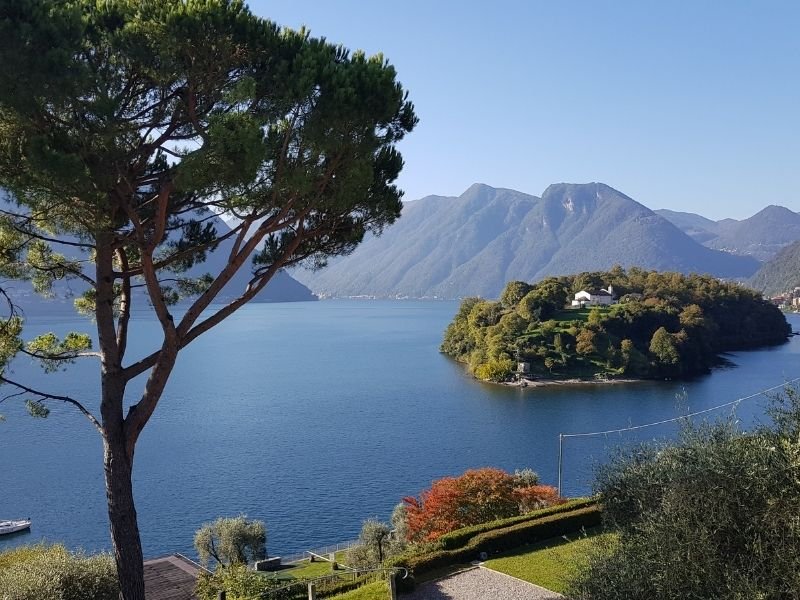 Built between 1911 and 1914, the Forte Montecchio Nord is the only WWI Italian military fortress which has been preserved and remains intact in its original armament. It is said to be one of the best-preserved military fortresses in Europe. It was once part of the Northern Frontier Defensive System, known as the “Cadorna Line” and is entirely excavated into the rock with numerous chambers and underground walkways, including a storage facility over 60 meters underground.

The Viandante trail is a 40 km hiking route running along the eastern shore of Lake Como. Once used by merchants and smugglers, the trail begins in Abbadia Lariana and passes through several villages; Mandello del Lario, Varenna, Bellano, Dervio, Colico heading all the way up to Piantedo. As it is quite long, it is usually done in segments. Depending on one’s fitness level, the route can be divided into 3 or 4 stages. The path, accessible in all seasons, does not require any special equipment and is a pleasant, leisurely local hike. Guided hiking tours are available by our team who will bring you to the best vantage points.

Whether you are looking for a sport holiday,  a food experience, or a romantic getaway, Lake Como offers something for everyone.

We look forward to sharing our Lake Como with you! Contact us for more details.