“It is not necessarily at home that we best encounter our true selves. The furniture insists that we cannot change because it does not; the domestic setting keeps us tethered to the person we are in ordinary life, who may not be who we essentially are.”
― Alain de Botton, The Art of Travel

He closed the book and took his backpack off and gently put it on the ferry bench. Ha had walked since morning and now his feet were aching and his eyes were dripping colors and faces and paths. His mother was from these places. But he had never been here before. She ran away looking for a better life and ended up on the other side of the Ocean. She used to say to him:
“C’era un mulino vicino a casa. Me lo sogno ancora. Ci si arrivava con un sentiero stretto e un piccolo ponte. E poi ti appariva bellissimo, tutt’a’un tratto con le sue pietre antiche” (We had a mill near our home, I still dream about it. You had to walk through a narrow path and then a small bridge to reach it. And suddenly it was there, beautiful with its old stones).

When he was just a kid, Angel promised her that one day he would came here and find the mill, take a picture, look for the family with which she had lost contact. But he kept postponing it. “The trip is too long” he would say. “I have to complete my studies”, “First I need to find a job” and then when he got a job, he found himself too busy to remember his old promise. Then he got married and his own kids arrived and his mother’s mill got completely forgotten. Until one day. He was going through a hard time at work. His company was laying off a lot of people. His relationship with his wife was showing the sings of routine and wear. He went to his mother to look for comfort and she told him: “You don’t know who you are any more. You have to find yourself. Go to Vezio to my mill. You will find your roots”.

With his eyes closed, he let the wind smelling of lake and mountains and woods, caress his hair.
The sun was setting behind the beautiful mountains and the bells of the near village were calling the kids in for dinner. He was so far away from where he grew up. But he had never felt more at home.

Il lago. This is where he belonged. He opened his eyes and smiled. “Grazie mamma” he
whispered and somehow he was sure she could hear him. 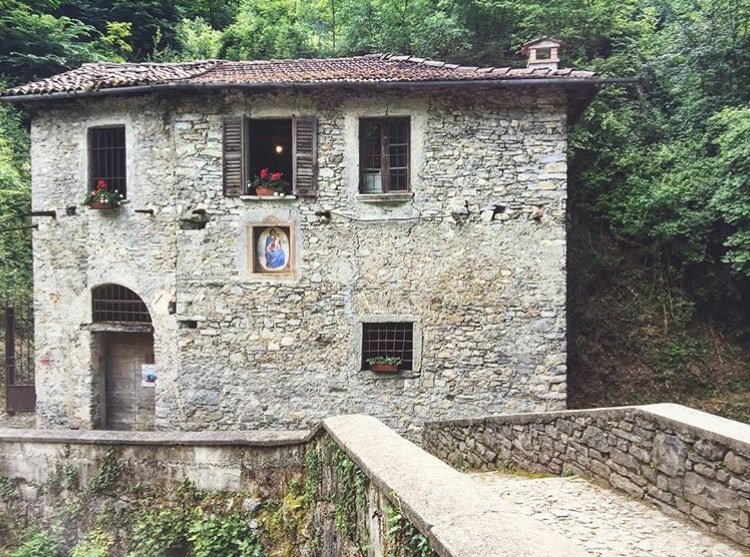 When you book with an account, you will be able to track your payment status, track the confirmation and you can also rate the tour after you finished the tour.
Sign Up

Or Continue As Guest